• Should a woman ignore a boyfriend who is ignoring her or are there other ways to handle the situation?

The sense of feeling unheard and invalidated when ignored in a relationship can be a painful and damaging experience. Although it may be tempting to react and escalate when you are ignored, consider these options instead:

Ignoring, whether it’s used as a power play, a punishment, or a method of disengagement, is never advisable in a relationship. It can have significant psychologically damaging effects. According to John Gottman, stonewalling (withdrawal, ignoring, shutting down) in a relationship is considered one of the “Four Horsemen” that slowly disintegrates a relationship. It does not serve to resolve conflict and may lead to resentment and a sense of insecurity in the relationship.

Keep in mind that you and your partner are a team. How can you and your partner find healthier ways to communicate and solve problems together? Rather than working against one another, communicate with honesty and empathy. Remember that the idea isn’t to fully avoid arguments, but rather to learn how to navigate conflicts in a way that promotes understanding, mutual respect, and the feeling of being heard. This will promote a sense of security, stability and safety in the relationship.

When a boyfriend is ignoring his girlfriend, it’s likely one of two scenarios. The first scenario is that he has withdrawn temporarily to work something out in his head or cope with some frustration in the relationship. In this case, the best thing to do is respectfully give him his space and wait for him to re-engage. The second scenario is that he’s no longer interested in continuing in the relationship and instead of being straight forward and risking that an argument will ensue, he is choosing to ignore the woman hoping that she’ll get the message. 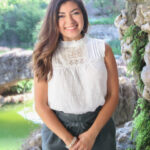 © 2023 www.relationshipsarecomplicated.com and its licensors. The material appearing on this site is for educational use only and should not be used as a substitute for professional medical, legal or financial advice, diagnosis or treatment.